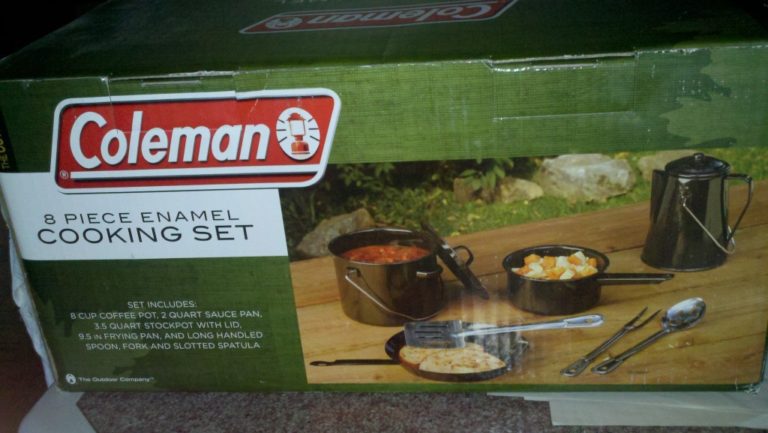 No more taking my good stuff camping. I found this set on sale this weekend at Walmart. Only time will tell on how sturdy it is.

We’re ready to go camping again and I found two more things to go with the new tent.  From all the stuff we’ve picked up it’s a good thing we only camp close to the campgrounds because I doubt we could haul everything in!  Over the past six years I’ve had two back surgeries for a ruptured disc, so stooping tends to make my back hurt and the last thing I want is surgery number three.

Our old tent wouldn’t allow you to stand up so we found one online that is huge!  We can finally put our two air mattresses together next to each other and I can stand up in the tent, and enter and exit without having to stoop!  We set it up once since it arrived just to see how large it really was.  The tent we got is a [amazon_textlink asin=’B00A8E45XG’ text=’Wenzel Sierra ‘ template=’ProductLink’ store=’fromthealdergrove-20′ marketplace=’US’ link_id=’b3388082-3033-11e8-9acc-47c8fb637456′]Pass 2-room tent.  It is last years model and we only paid $67.  Not bad since it’s a 18′ x 10′ and those are usually pricey.

We’ll respray the fabric and reseal all the seams.  Truthfully after going inside it after we set it up I though “OH MY!”  I think  we should consider it a portable cabin!  Hmmm….maybe I should glam this thing up and call it our glamping cabin!  Did I mention that if I stand in the middle of the tent and reach up to the ceiling I can barely touch the roof.  I’m 5’7″. 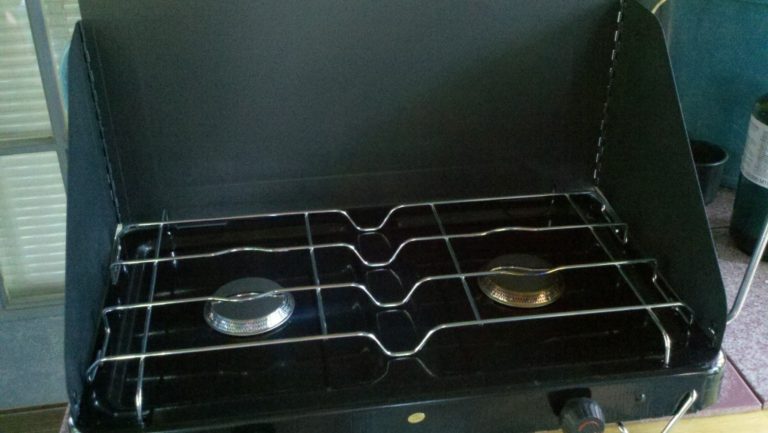 Camping Upgrade Number 2 – now I can cook more than one thing at a time!

One thought on “Gearing Up for Camping! Again!”