Quoting something that hubby said yesterday “You know all those years we put up with Oxygen, Lifetime, WE and all those other channels.. well.. now its pay back baby!” Yep.. they’ve got their own channel now… Spike The New Network for Men. First it was The Man Show which was only an hour once a week.. now its a full network.. just for Men. Ok.. I will have to admit that some of what we’ve watched so far is funny… but gee.. why did they have to make Ren and Stimpy a couple?? Gary the Rat with Kelsey Grammer was funny and quite fitting since Gary is a lawyer who turned into a huge rat..very fitting. But wait! There’s more.. Stripperella, a cartoon Pamela Anderson show is coming on also. She’s an exotic dancer by night and a superhero too.. for the commercial it looks like ‘pumped up & blonde’ anime. Oh well.. we still have more channels don’t we Ok.. as for the name of the channel which was supposed to be called Spike, but then had to be changed because someone thought they were profiting from his name.. will football players have to quit “spiking” the ball in the endzone now for fear of being sued?? Can I not “spike” up my hair? Will the railroad have to change the name to “railroad nail”? Will track runners have to stop using ’spikes’ on their shoes? Will deer hunters have to find a new name to refer to killing a ’spike’? When referring to a change in the waves on a EKG (etc) can the tech not call it a ’spike’? When prices go up.. can we not refer to it as a ’spike’ in prices? If thats true.. I want PAM cooking spray to stop using my name.. hmm.. ok.. spike that idea.. its been around for 45 years, and I haven’t been. 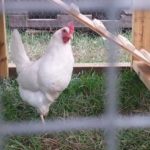